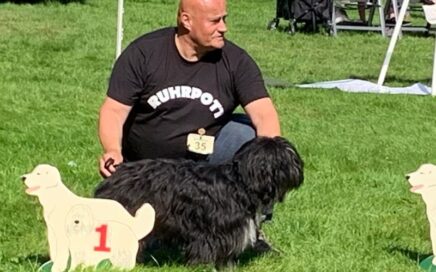 NIWA JUHASKA (Echo & Fanaberia) a winner of junior class in Club Show in Germany (APH). Daniela as owner, Roman was a guest leader. 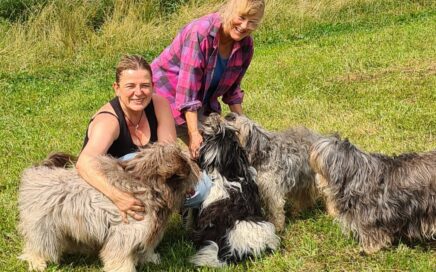 Last weekend we had the guest, another son of Fanaberia and Echo LEON JUCHAS. On the picture owners with their pupils: Aga with LEON and me with my females.

LEON was very happy as he found the space to run. When he found his dog family friendly, he got crazy running the area. His runs beautiful. 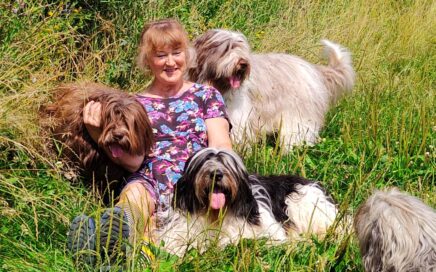 White and chocolate son of Fanaberia and Echo – LEO JUHAS was a guest of us july. On the picture: LEO with me and our girls during routine walk on fields.

At the ent of July we had a family guest white-chocolate LEO-JUHAS Banciaria with his human family from Hamburg. We saw LEO missing his mom living with us and playing with her. Very nice dog. 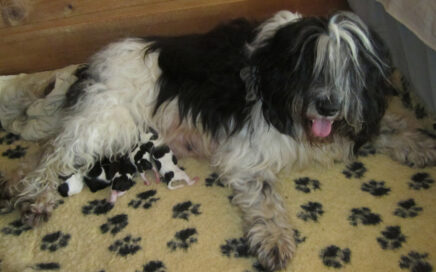 PL. CYNKA JUHASKA Banciarnia FCI mated with Jr. Ch. PL, Ch PL Just Hajko (FCI) AKUKU February 25 gave birth to five pups with marks: 3 males and 2 females. This is a second litter from this couple, this time pups inherited colours from their mom. They have more marks and the marks are larger. […] 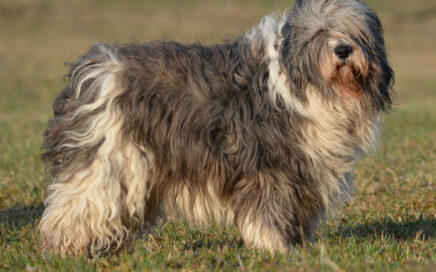 A sad information: January 05 2021 Ch. PL. BATUTA BACÓWA z Banciarni (F: Ch. Pl. UROK z Jurajskiego Źródła M: Ch. Pl., CACIB. PYZA GÓRALKA z Banciarni ) has gone. She lived with us 13 years and 3 months. Her doggish smile was charming and she gave us a lot of happiness with her great nature. She inherited […] 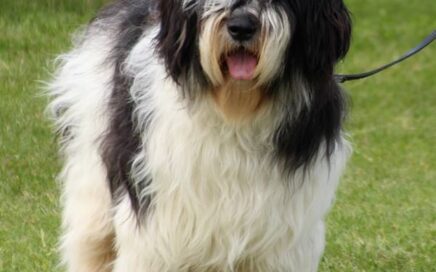 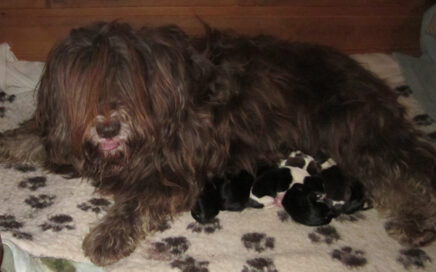 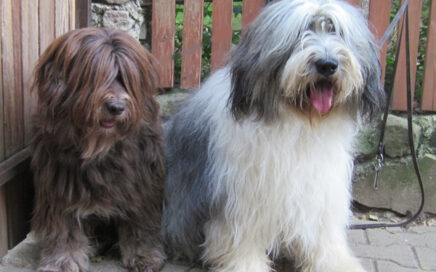 The date of our beautiful chocolate coloured FANABERIA with a handsome ECHO finished succesfully. 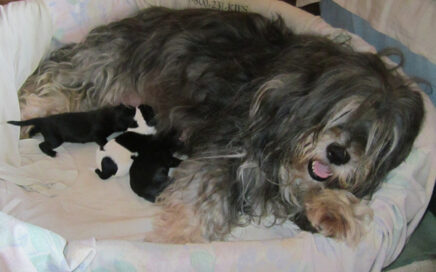 The last litter of Ch. Pl. OSTREWKA BACÓWA is maybe not numerous, but here we are three beautiful females born August 05 2020. The father is our Jr. Ch. Pl., 2  x CWC. CACIB, BOB ECHO JUHAS Banciarnia FCI. Two pups are grey and one black-and-white. All the tails are long. All of the pups […] 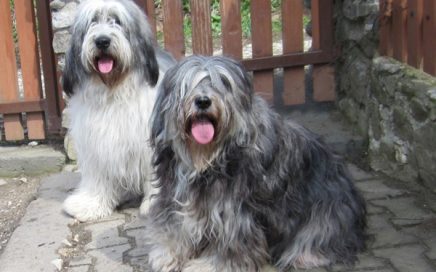 Mating of Ostrewka and Echo is done. We expect the litter about August 06

It’s after mating of CH. Pl. OSTREWKA BACÓWA Banciarnia FCI and Jr. Ch. Pl.,2 x CWC, CACIB, BOB  ECHO JUHAS Banciarnia FCI. We expect the litter about August 06 2020. The pups should be black (graphite colour in future) and black-and-white. More data about the parents in „pups”.